I am Todd Rector, from Altoona, Iowa. Friends call me “T Rex”, hopefully not because I resemble a lumbering dinosaur. 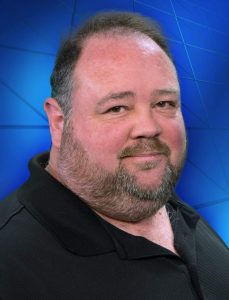 I have had a passion for severe/extreme weather and rare atmospheric phenomena since I was a kid. I am finally at a point in my life where it’s possible for me to hunt these things photographically, with varying degrees of success 🙂

This is how it all started:

Technically I started chasing in 1978, when I was 15 years old. I became very interested in electronics/technology and Earth science at an early age. Thanks to encouragement from several adult friends who had their amateur radio (HAM) license, I tested for and received my own HAM radio license at age 14 (WD0HRC) and passed the FCC General Class test the following year, making me one of the youngest people in Iowa to hold the general class certificate. I was active on both the ARES (Amateur Radio Emergency Services) and SkyWarn networks on our local repeater system. I was a trained spotter, but knew VERY little about meteorology back then. I chased with another local HAM operator because I wasn’t old enough to drive yet.

In 1979, I was driving a beat-up 1968 Ford LTD. My radio was crystal-controlled with 6 channels and was the size of a large lunchbox. The poor electrical state of my car was such that when I keyed my microphone, my headlights would dim. There were no cellphones, no real-time radar data in the field, and certainly no computers in our cars. Severe storm forecasting was still in its relative infancy, and it was difficult to find library books on meteorology that were up-to-date and accurate.

“Chasing” worked something like this:
When severe weather was in our area, the National Weather Service would activate the Des Moines area SkyWarn radio network. A designated network coordinator would head to the National Weather Service office with a portable radio to set up an operations center. Net control would work with NWS meteorologists to direct volunteer mobile radio operators (such as myself) to places of interest in order to report back our observations. The only available “radar” we had in the field was spoken information transmitted over the radio. Likewise, the only “eyes” the National Weather Service had on a storm were our field reports.

Involvement with SkyWarn allowed me to see all sorts of severe weather phenomena – Wall clouds, expansive shelf clouds, a few funnels, incredible lightning and supercell structure. Sadly, I also learned to gauge the size of hail by the sound it made hitting my car: “tink” was benign, “PONK!” will dent.  But here’s the funny thing: I was always in the field at a specific position for the sole purpose of reporting information back to the NWS. I never actually followed or “chased” a wall cloud unless I was specifically asked to. This was completely normal to me at the time, but seems odd in retrospect.

Sometimes tornadoes hit towns.
Imagine this scenario: Power is out in large areas of a town. Power lines and phone lines are down and local police, fire and EMS are completely overwhelmed. (Backup generators were nearly unheard of except in hospitals.) In most small towns in the Midwest, fire and EMS are staffed by volunteers – many of whom might now be busy dealing with their own families and damage to their own homes. Remember: NO CELLPHONES. No way to coordinate services with surrounding communities, and no way to get out damage reports and word on who is or is not safe. Trees and debris in the streets, gas lines possibly severed and leaking gas.

Back in the days before digital communications (and even in modern times, to some degree), a small town might have only 3 radio dispatch channels for their city – One for police, one for Fire/EMS, and one for “other”, such as the utilities or sanitation department. In those days it was a desirable thing to have completely different dispatch channels than neighboring towns, otherwise each town would hear radio traffic intended for other towns and confusion would abound. But what happens when you are requesting assistance FROM neighboring towns and there was an emergent NEED to share frequencies?

Enter the (ARES) Amateur Radio Emergency Services.
As soon as city officials requested our assistance, ARES would send dozens of operators with portable radios which had a common set of frequencies. We would go wherever we were assigned to assist in interdepartmental and multiple-resource communications.

June 28, 1979
The cities of Manson and Algona in Northern Iowa were both hit by tornadoes. ARES was activated the following morning, so I drove up with my radio equipment and checked in. I was loosely assigned to a residential area which sustained heavy damage, where I reported damage estimates and victim information from rescue crews who were searching houses one at a time. Late June in Iowa can be very hot and humid, with heat indexes over 100 degrees. For the elderly and infirm citizens who had no power or other method to communicate, knocking on their doors and calling to them through open windows was a primitive but potentially life-saving necessity. At this stage, the damaged areas were secured by police and nobody but rescue and utility personnel were allowed in until after the search for victims was completed. Slowly and methodically rescue crews searched while I watched, recorded, and reported back to the incident command. It was during this experience I decided to pursue a career in Emergency Medicine when I graduated High School (I subsequently became an Emergency Medical Technician shortly after turning age 19).

We didn’t always go to the disaster location; I also volunteered with the Des Moines chapter of the Red Cross, who maintained a fully-equipped radio room for us to use.

June 3rd, 1980
Historically remembered as “The Night of the Twisters” and also the basis for a book by Ivy Ruckman and a 1996 movie by the same name – On this night Grand Island, Nebraska was devastated by several tornadoes. As soon as reports started coming in of the disaster, I went to the Red Cross radio room and contacted Grand Island net control, where I then was able to receive (via morse code, in some cases!) hundreds of outbound messages for the Red Cross, that would in turn reach out to the families of the Grand Island residents and let them know the disposition and contact information for their loved ones. A local TV reporter came to the radio room and interviewed me on camera. Although I certainly wasn’t doing it for the notoriety, passing emergency traffic for the Red Cross was a tremendous responsibility for a 16-year old, and being on the news helped validate my growing interest in using technology to help people.

Life happens.
Although I remained a HAM operator and eventually became a certified firefighter/paramedic, various factors such as time, money, family obligations, etc. took the literal wind out of any stormchasing ambitions. I remember doing some chasing in the mid/late 80’s, and some in the early and mid 90’s. By this time the concept of actually FOLLOWING a storm made sense, and I found myself logging onto the local SkyWarn network during severe weather, but once I was on a good looking cell I would follow it rather than stay in place. There were several lessons to be learned here.  (Remember – I had very little experience or knowledge of meteorology at this time). Among the lessons learned: When SkyWarn sends me to the SouthWest of the city to observe a storm moving NorthEast TOWARD the city, chasing the cell will always result in me losing track of the storm when I get into the city where I am slowed down by traffic, 35mph speed limits and red lights. It was also usually at this point the shelf (gust front) would go overhead and torrential rain would follow, causing localized flooding and generally making it impossible to ever catch up with the main updraft again. For those times when there was a wall cloud present after the initial front went through, where am I? Stuck in traffic, that’s where.

Mid 90’s.
I switched careers and started an Internet company. The advent of the Internet opened up an entire world of knowledge, and I started reading everything I could get my hands on, including meteorology. One of my Internet clients was Matt Ver Steeg – a storm chaser – who resparked my interest. I read the published works of Doswell, Lemon, scientists, theorists, and chasers like Warren Faidley…  In 1996, the movie Twister was released. Although very far-reaching by scientific standards, the storyline is based on a team of tornado researchers. By the late 90’s and early 2000’s, there was an incredible wealth of information online. The TWISTEX project was putting probes in place for tornadoes to pass over. Reed Timmer was making his way into the public eye as The Discovery Channel and National Geographic were taking interest in the “Reality TV” side of storm chasing. Sean Casey was working to get an IMAX movie from the inside of a tornado, with assistance from a mobile doppler radar unit (DOW – Doppler On Wheels”).

This is my history in storm chasing so far, and it is with a May 2010 chase I begin my log entry online.

FYI – I was asked to join the Iowa Storm Chasing Network in Spring, 2016. You can view my profile HERE.