I left work early in the afternoon and headed to SW Iowa, where I parked in Creston for awhile, keeping an eye on weather data.
Stormchaser friend Brennan Jontz saw my position on Spotter Network and pulled in to say hi. We chatted for awhile and decided to head a little farther to the southwest. Everything indicated storms would trigger in far SW Iowa, but there was solid atmospheric capping in place which could make the whole trip a bust. Meanwhile there was an inexplicable squall line forming parallel to, and north of I-80 (about 80 miles to our north).

Brennan and I hung out for awhile on a dirt road, shooting random pics of windmills and things [picture 1], when I decided it was going to be a cap bust and headed home. That weird squall along I-8o was strengthening, slowly heading due south, and had a lot of rotation in places. I still wasn’t that interested in chasing it, because embedded supercells in a squall line in Iowa are like… yucky. This was a high-precipitation mess and no good could come from it 🙂

As I was driving up I-35 just north of Osceola, IA, I got a text message from Andrew Clope (a chaser friend from Illinois) asking me to tune my radio to 146.520 Mhz – so I did. He was calling me on the radio – he was right behind me!

Andrew wanted to chase a particular spinning cell within the leading edge of the squall and asked me to navigate for us, since I was familiar with the area. Okay, CHASE ON!

We headed west on Hwy 92 to intercept an interesting  cell near Winterset. As I approached a 4-way stop in Winterset, I saw a familiar vehicle behind me and pulled over so they could pass – It was The DOGHOUSE! They gave me thumbs-up as they passed, and I waved. I wondered if Skip Talbot and Jennifer Brindley-Ubl “Brindley” was in the doghouse this time?

Anyway, Andrew and I drove in a mini-convoy, looking for decent position. We ended up SW of Winterset and managed to do a quick intercept of some nicely-stacked plates [picture 2] on the leading edge of this front right before it dumped massive rain on us.

Andrew and I took some pics then split off to head separate ways. I encountered localized flooding on my way home, with Interstate traffic speed reduced to 40mph from the high winds, heavy rain and poor visibility.

Overall a pretty lame chase, but it was nice to see both Brennan and Andrew again, and we did get some nice structure shots. 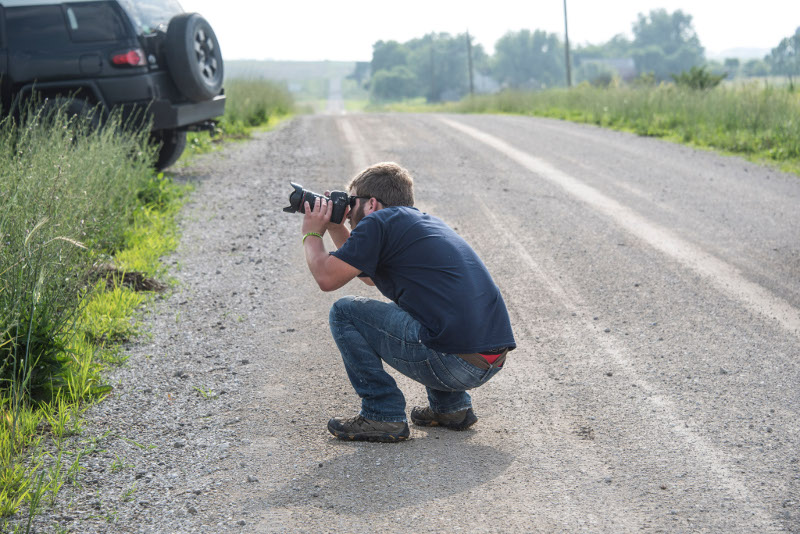 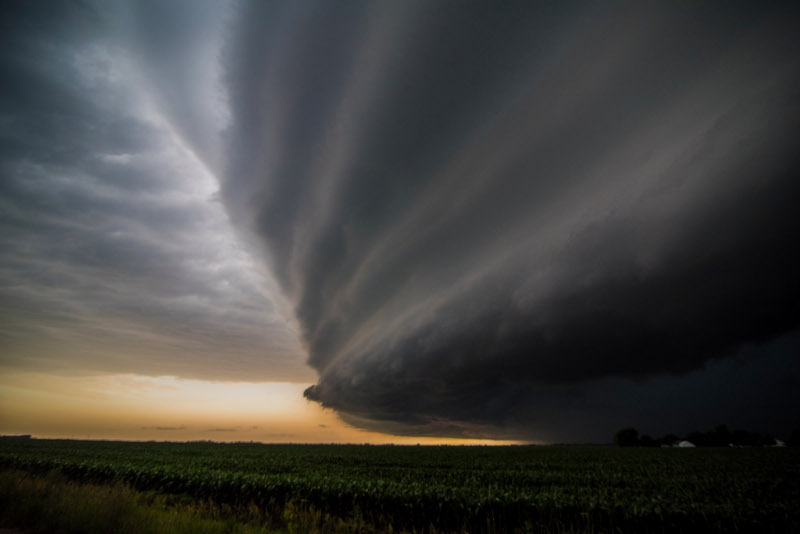