I barely know where to begin.
SPC and weather models (pic 1) indicated a significant event in the Nebraska panhandle on May 15th, so I left my home quite early in the morning, as Nebraska is the longest, most boring drive in the entire world. It’s almost like stepping into a machine which slows time. UGH.

After what seemed like a month of driving, I arrived early afternoon in Sidney, NE, where I hooked up at a McDonalds with my friend Andrew and his wife, who had made the trip from Peoria, Illinois.

We looked at weather data and did our usual thing where we second-guess all data. There were several other chasers congregating in the area, which is usually a good sign. We were concerned about cloud cover limiting surface heating, but there seemed to be some cells popping up in the vicinity. We gassed up and waited.

Shortly, a healthy-looking cell went by so the chase was ON. Road options were somewhat limited, but the cell we decided to chase was west of HWY 385, and running nearly parallel to it – excellent viewing situation for us.  We headed north on HWY 385 and found a decent place to park and watch the cell. It was *really trying* to generate a tornado (pic 2, below) but didn’t seem to have the energy. Surface winds were relatively cool, which can hinder tornado development.  The atmosphere seemed charged and was practically boiling with instability and vorticity, but there was no good organization. At one point, Andrew and I looked up and saw DEFINITE vortex action directly overhead, but it soon dissipated and was absorbed into other, lesser swirls. Initially worthy of an adrenaline rush, yet disappointment was in short order. Boo.

So we followed the cell north. It phased through various iterations of.. *trying* but… Well, we saw some interesting scud and inflow… (pic 3) *sigh*

Other cells were starting to pop. There was still a solid stratus deck, so it was difficult to see what other nearby cells were doing. We were somewhat discouraged.

We chased north for about 35 miles, then had to cut east due to the highway. That’s cool, because it still put us in a great viewing position. We stopped just outside of Broadwater, NE, and shot pics of the rotating wall cloud. Oddly, a scraggly guy came out of the woods where we were standing, and asked if there was going to be a tornado. We were taken aback because this dude seemed to come out of nowhere and it was super creepy. We told him there was a good chance of a tornado dropping from this system, and no sooner had the words come from our mouths, a clearly defined funnel formed (pic 4). Scraggly dude runs like hell toward the nearest building in Broadwater (I think it was a bar) and within seconds, tornado sirens begin to sound… heh…

So anyway, this funnel stays long enough for us to shoot a few pics, but it’s still a really lame cell. TVN’s Dominator flew by in pursuit (pic 5). We kinda shrugged our collective shoulders, because this cell was weak and just didn’t have the energy to produce. We followed it up to a few miles south of Alliance, NE, dodging some marble-sized hail and dealing with chaser convergence. Blecho.

NOTHING was going to happen with this cell, and armed with the knowledge of a probable severe weather event in the Texas panhandle the next day (600+ miles away) I broke off and headed south for the day, ending my chase day in Fort Morgan, Colorado. 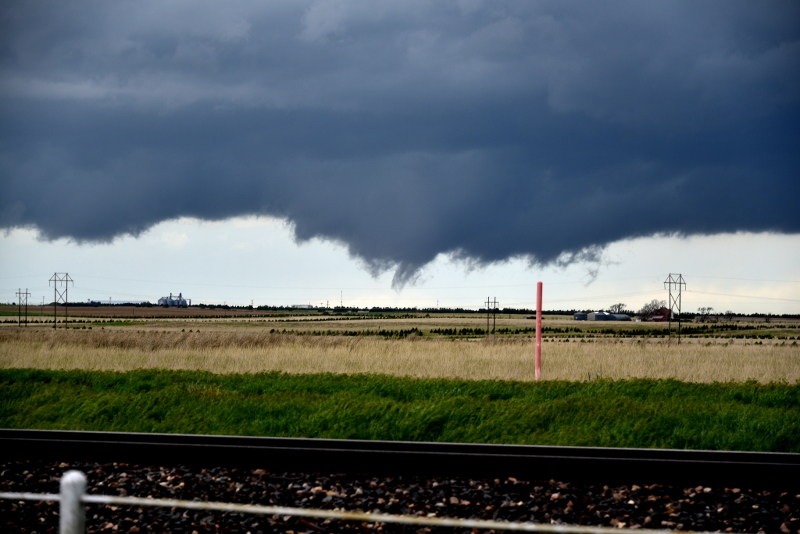 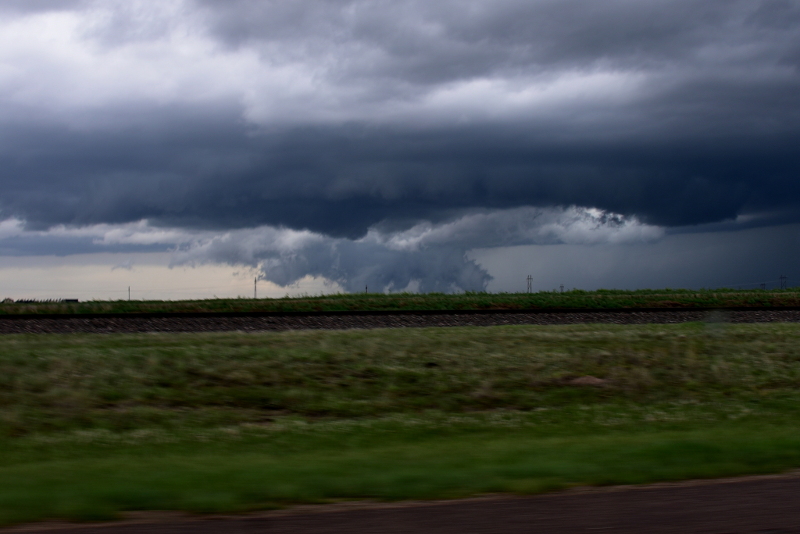 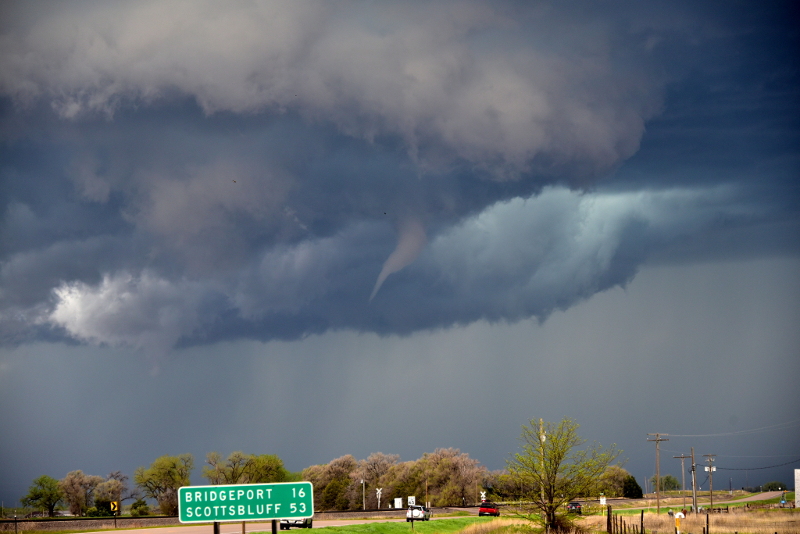 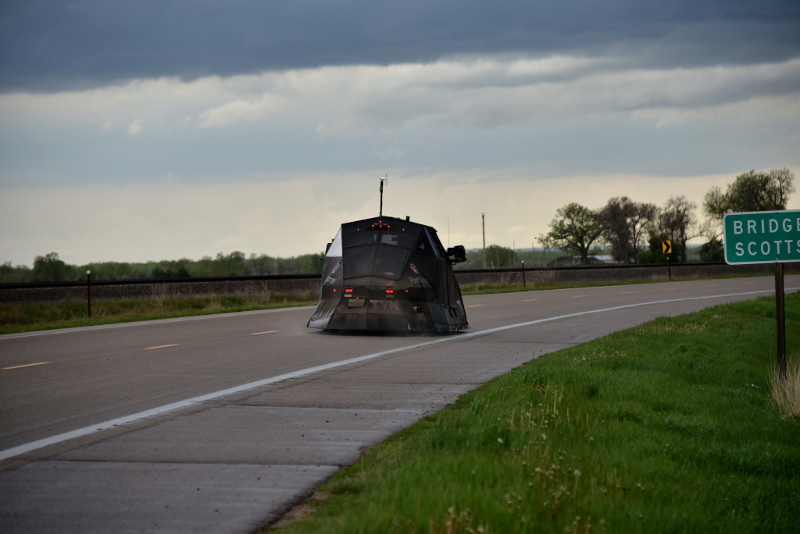