This is day two of a multi-day chase, but geographically dispersed because day one was in the Nebraska panhandle and day two looked to be somewhere in the Texas panhandle. I camped out for the night in Fort Morgan, Colorado, knowing I had a 600-ish mile drive the next morning. Yay.

Before sunrise, I took a look at the most current SPC and began my journey south and east. As the sun broke over the horizon in front of me, the Rocky Mountains in my rear-view mirror lit up. Beautiful and majestic.

I saw a crop duster laying down fertilizer in the still morning air, and I stopped for a few minutes to shoot some pics (pic 1). The crop duster saw me and said hello with a few puffs of smoke. I waved a quick goodbye and continued toward Texas.

Eastern Colorado has a beauty of its own, and unlike some states (NEBRASKA) the long drive seemed shorter because of the scenery. I crossed over into Kansas and headed south. I was in a bit of a time crunch, but luckily the highways were free and clear. Although I had blue skies overhead, there was ongoing convection off to my East, creating an outflow boundary south and east, which essentially moved my target south and east.  I stopped in Liberal, KS to recheck weather data, as clear skies began to be replaced by agitated cumulus – a good sign. SPC had a HUGE area tagged “Moderate Risk” – most of Kansas and Oklahoma.

Lack of atmospheric capping was a serious factor today, and storms were already beginning to fire south of the Red River down by Quanah, TX (NO! NOT QUANAH! – see my May 8th 2015 chase). I stopped to gas up in Canadian, TX just as a cell went tornado warned. I thought because of storm motion that if I followed US83 south, I would cut myself off and end up on the backside of this system. Due to several factors (flooding potential, terrain, cell coverage, bridge options on the Red River) I decided no matter what, I needed to get into Oklahoma before I cut south. US60 it was. There was a lot of low stratus, making it difficult to see distant cells. I was also in periodic heavy rain with very low ceilings. I hate chasing this region due to quick flooding (again, please see my entry from May 8th) so I was a little shy about heading into this low-visibility mess. Thanks to the great shear there were several radar-indicated mesocyclones embedded in this line and I was a bit nervous about my position relative to them. I still needed to get farther east and south. I was less than 25 miles from Elmer OK when multiple tornado reports lit up my feed. I could see a classic hook on radar, and it looked like every chaser in the country was on this cell. I saw several pics on social media, but what they are seeing (defined wall, defined inflow band, wedge tornado) was the opposite of what I was in (gray soupy fog).

Already spooked because of my previous week’s chase (hail damage, cracked windshield), I decided to err on the side of caution and NOT chase this cell, even though I had driven 500 miles and was within 20 miles of it. Nope. Not gonna.

I stopped in a gas station parking lot and watched the carnage unfold on social media. Watching radar, I saw the transponder signal of my friend Andrew from Peoria Illinois – he was nearby and did not appear to be actively chasing. We texted back and forth and he had come to the same conclusion I did – not a storm we wanted to chase. He had broken off his chase and was also heading home. Point: Mother Nature.

Not long after this event, the entire line fired along the cold front, with a significant squall over 100 miles in length. I decided to get a hotel room in Blackwell, OK, minutes before it went overhead and just as darkness fell. What a day. Time for some rest.

This log reflects total mileage from my morning in Fort Morgan CO, to my home in Altoona, IA. 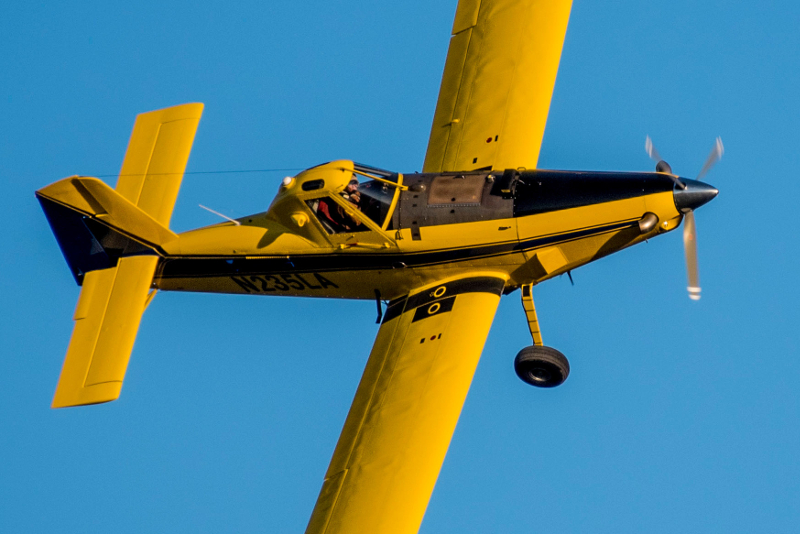