Amazingly, this day started out as a chase in extreme SW Iowa. Storm system was lame, couldn’t really pull together, blah blah so we decided to cut our losses early and head back home while we still had daylight.

We were on Interstate 80 near Stuart, IA, when Dan Auel *Navigator*, points out black smoke in the distance. With my firefighter background, I immediately recognized a structure fire, and with 40mph surface winds I knew this fire would be extremely difficult for a volunteer fire station to get under control. We took the Stuart exit and followed the smoke. We turned right on the only major road in Stuart, and sadly, passed the Stuart Volunteer Fire Department station before they were able to get a rig rolling to the scene of the fire, only two blocks away**.

We pulled up and parked in a safe location, leaving plenty of room for emergency apparatus. Dan, Zach and myself were second on scene only to local law enforcement. We immediately began shooting video and stills of the Stuart Sale Barn, which was fully engulfed in flames. Eventually, six other local fire departments would be called in for assistance.  The three of us are members of the Iowa Storm Chasing Network, which partners with Des Moines based TV station  KCCI TV. Zach called KCCI and told them we were on scene and would be coming in with footage for the 10pm news. We finished up onsite, then raced back to Des Moines so we could dump our SD cards for processing. My video made the 10pm news, and I was pretty happy because it was shot with a video camera I had bought a mere THREE DAYS earlier.

For a crappy chase day, this actually turned out well for us from a photojournalism standpoint.

** For the record, in my past I have been a career firefighter as well as a volunteer. I acknowledge volunteers as an essential part of the emergency response system and they are my brothers and sisters in spirit. Historically, response times are slow due to the nature of volunteer departments, and there is no intention on my part to pass judgment on slow response times, it is merely a factual matter for documentation purposes here. 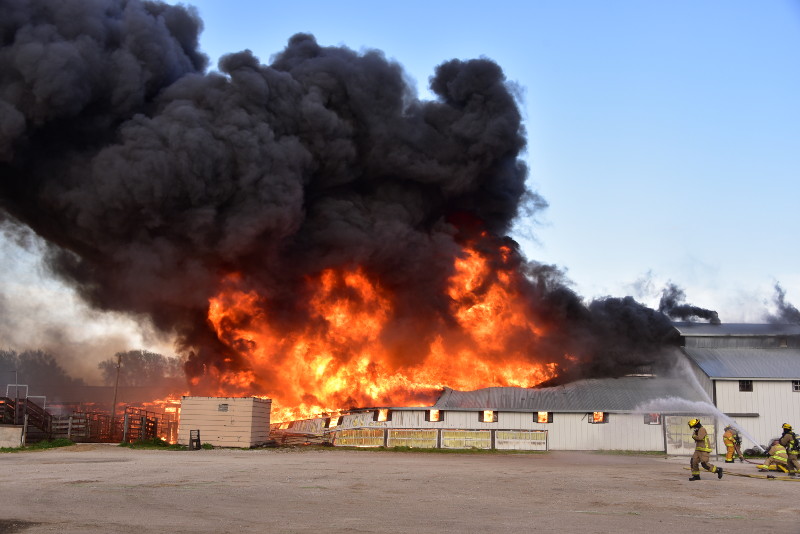