.
The SPC had tagged a moderate risk for several midwest states, and it looked like we had a decent setup for a classic Northern Illinois play. Zach Sharpe and I took off fairly early so we could enjoy a Happy Joe’s Pizza for lunch in Davenport, IA. (NOMNOM).

Morning convection and cloud cover was just starting to clear around noon, but as instability in the region increased due to insolation, our target area seemed unclear. All afternoon, the atmosphere seemed primed for something big, but where? NWS Quad Cities did a special sounding which showed a deep, stable air mass in the area, which would delay initiation.

We made a quick run up Illinois HWY 78 to Stockton, IL, where we hooked up with our friends Tim Jones and John Haxby, who are field reporters for WeatherNationTV. After some discussion, we swapped travel partners for a bit, gassed up, then headed back into Eastern Iowa where it looked like initiation would begin within an hour or so.

After swapping back travel partners, we intercepted a reasonably nice cell North of Dewitt, IA, but the cell was moving due East, and we knew we would have to break off the chase to make a river crossing, then catch it again on the Illinois side. There was a lot of CG lightning on this cell, and I got a decent frame capture from video (below).

We split off from the WeatherNation team, but were in the same vicinity throughout the evening. We ran into a chase team driving Jaguar’s, which is funny because Zach filmed a TV commercial with them the day prior. No time to stop and talk to them, though!

FINALLY, shortly after sunset as darkness was setting in, we encountered extremely high winds which took down a tree just a few hundred feet from us, then we got video of a decent funnel near Hooppole, Illinois (Yes, that is spelled correctly). My gut feeling is that this was a tornado, but since we had no confirmation of ground interaction, we have to call it a funnel.

Soon after, it was too dark to chase. We gassed up again, then met the WeatherNationTV crew for pizza in Princeton, ILL. After dinner, damage reports were coming in from nearby cities, so Tim and John left to do damage reports while Zach and I headed home.

Worthy of note: During the approximate time we were all eating pizza, I heard later from several chasers saying they were being treated to the most intense CG lightning displays they had ever seen, only 20-30 miles away. Sad that we missed this!

Link to video summary of the chase: VIDEO 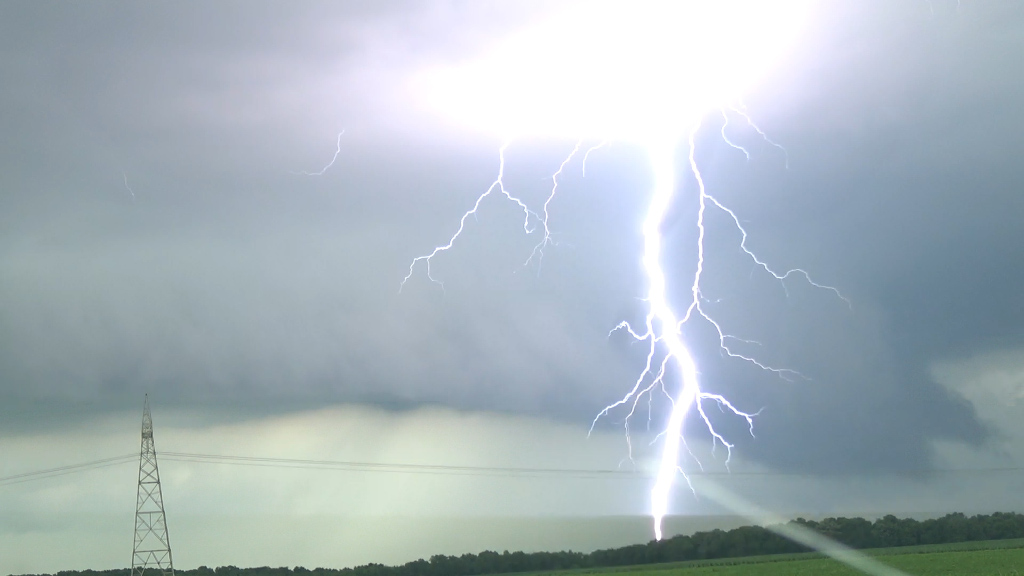 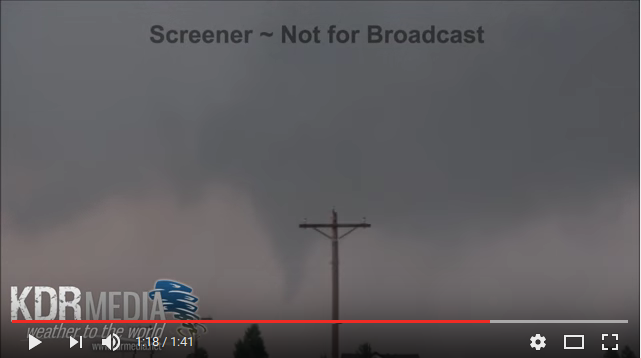