Severe weather was forecast for northwest Iowa as a cold front dug through the region. Zach and I headed out, and initially targeted too far north (Clear Lake area). We backtracked rapidly as storms initiated. This system looked pretty crappy to begin with, but the low-level shear was phenomenal.  We eventually intercepted an interesting cell by Humbolt, IA, where we documented golf ball sized hail. As it got closer to nightfall, (Daylight savings time was still a week away, so the sun sets WAY early) we encountered some BIG HAIL while doing a live field report for KCCI. It was funny because Zach was doing the report while we were running for cover. People could hear the huge “PONK! PONK!” of the hail in the background. We took a little hail damage, but I am grateful we didn’t lose any glass (I replaced my windshield less than two months ago)

Radar indicated a moderately strong velocity couplet in our area, but it was after sunset so we had no visual. As we pulled onto Highway 20 near Webster City, we saw a semi had been blown off the road. We turned around to shoot video and make sure the driver was okay (he was fine). After getting thoroughly soaked by rain, we did a live video stream / field report of the accident for KCCI evening news. After that, we headed to Webster City to investigate reports of tornado damage. It was raining like crazy as the squall line moved over us. The local McDonald’s was flooding, and we could see several blocks of power outages and downed trees. We shot several minutes of “B-Roll” video, which we packaged and then sold locally.

Awesome chase, despite lack of visibility :-/ 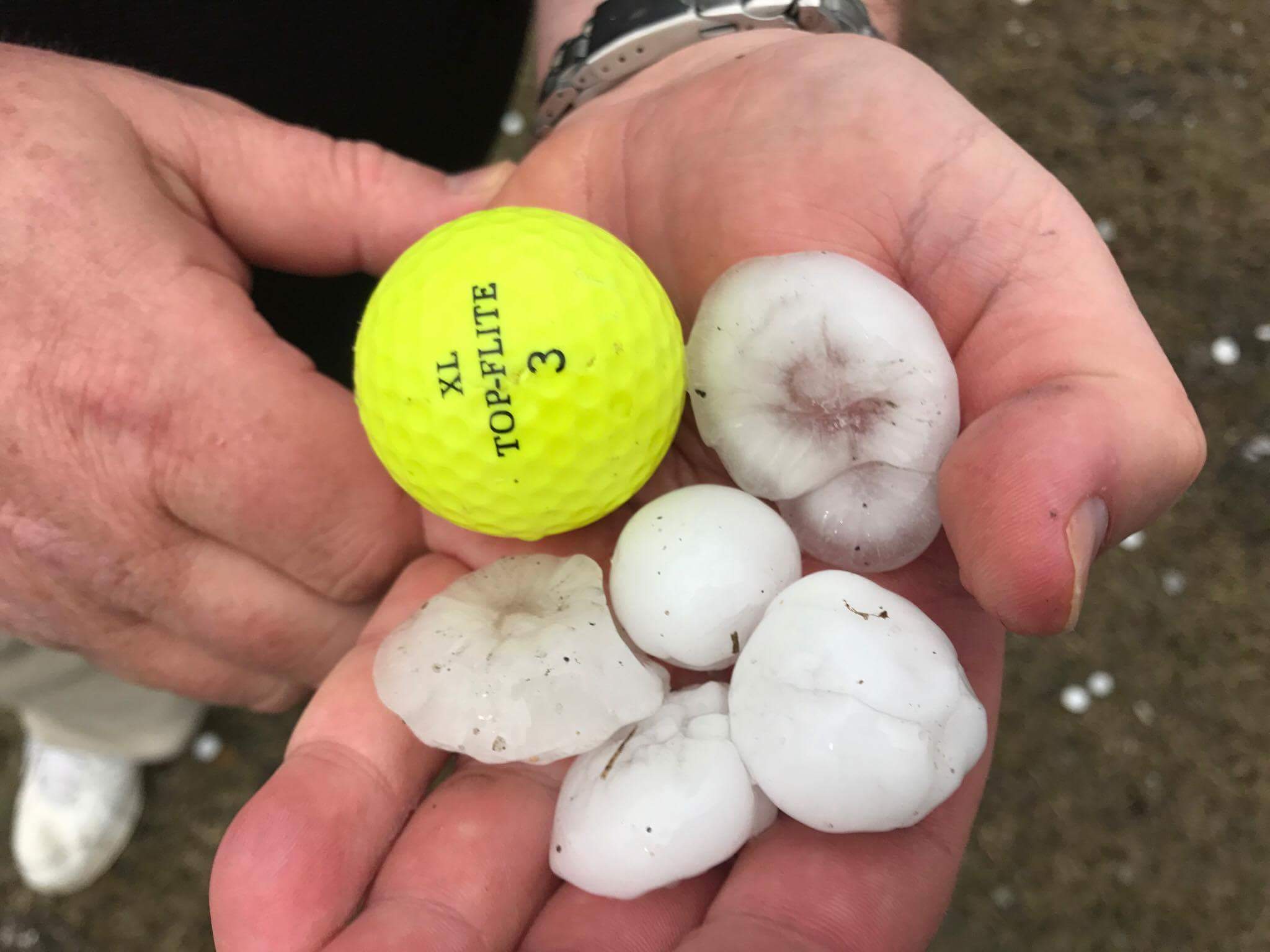